North to Alaska, and Back

My bride Caroline and I have just returned from our first trip to Alaska.  It's a big--no, huge--state:  Alaskans are fond of saying that if the state were split in two, each half would still be bigger than Texas.  We experienced only a tiny portion of it, flying to Anchorage, driving a rental car down to Seward and back, and then hiking for a week in Denali National Park, but we had a wonderful time and learned a few things I thought I'd pass along to others thinking about such a trip.

1.  Timing:  Late August-early September is a good time to visit:  few or no bugs, the aspen is turning gold, and the fall colors on the tundra are spectacular.  It's cool-to-cold at night, though, which leads to 2.

2.  Clothing:  We stayed south of the Arctic Circle, and temperatures during the day were mostly in the 60's with some rain.  Bring layers of clothing, therefore, along with a day pack to carry them and a water bottle (you can't drink the water).  I wore long underwear nearly every day plus fleece, topped on occasion with rain gear.  A baseball cap is useful under a hood to keep rain out of your face.  I wore gloves on one day when we endured 30-mph winds.  A neck gaiter and a wool hat would have been welcome.

3.  Footgear:  Both taiga ("small trees") and tundra can hold moisture, so I wore waterproof boots with lug soles, useful on muddy and occasionally steep trails.  Bring more than enough wool socks:  few things feel better after a day outdoors than putting on a pair of clean socks.  We wore our boots on the plane to save space, but it's a good idea to have another comfortable pair to change into. A hiking stick gives you extra stability (if you break it down into separate sections, it may fit into your carry-on luggage).

4.  Getting Around:  We rented a car for the first portion of our trip.  A GPS was available, but we took ours with us from home.  The one day we didn't bother taking it on a trip to Eagle River in Chugach State Park was the day we had to stop and ask for directions.

You can travel to Denali by train or by bus.  We took the train there and the bus back.  The bus is faster and comfortable, with a few scenic stops along the way; the train is, well, a train:  either you like them or you don't.  There's an observation car for free--you are asked to limit your time there to 40 minutes--or you can pay more for a seat in another observation car.  We were happy with the less expensive option.

5.  When not in the wild:  Be sure to visit museums and other centers.  In Seward, for example, the Alaska SeaLife Center is spectacular (and great for kids as well).  In Anchorage, we learned an enormous amount from going through the Alaska Native Heritage Center and the spectacular Anchorage Museum.

7.  Safety.  An obvious concluding suggestion:  don't mess with the wildlife.  On our hike along Eagle River, we came upon this sign: 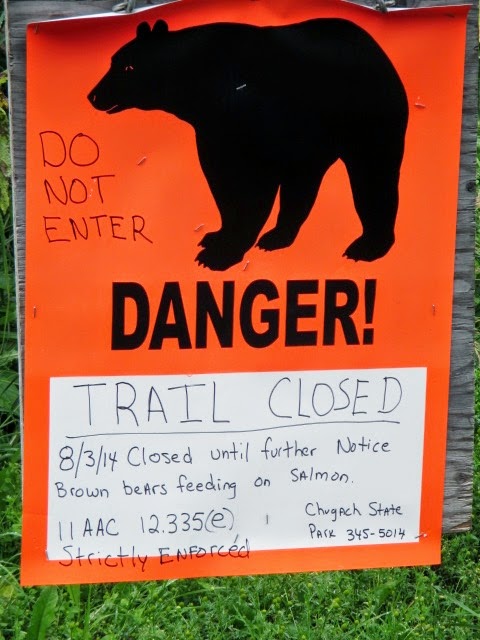 A few days later, watching from the safety of our Road Scholars' bus, we saw a sow grizzly lope up a mountainside to guard her two cubs from a large boar grizzly.  I had two reactions:  first, these are big, powerful bears;  second, surprising one might well be hazardous to your health.  Ditto a cow moose with her calf, and so on.  A little humility about the powerlessness of our own species is a good thing to learn, I realized.
Here are a few photos from our point-and-shoot camera.
Turnagain Arm south of Anchorage; it has the greatest tidal flows of anywhere in North America except the Bay of Fundy:﻿
﻿ 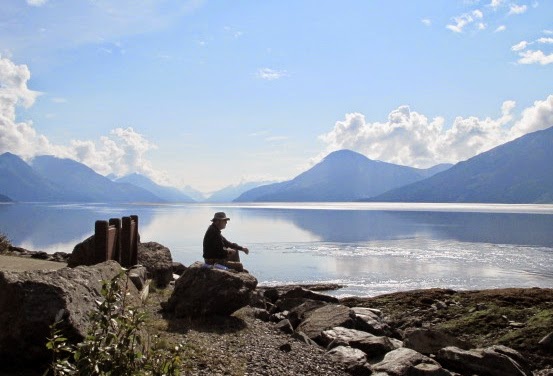 The terminus of Exit Glacier: 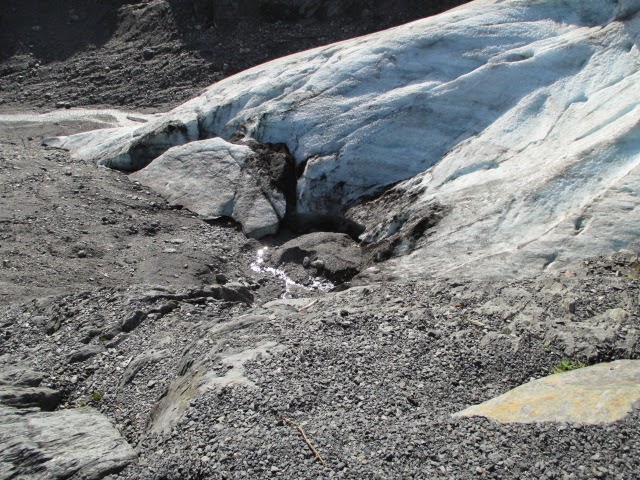 A bull caribou feeding in Denali: 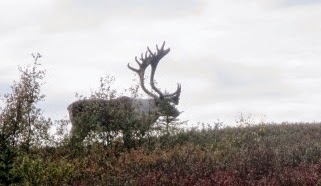 A windy, cold day on Savage River in Denali (I'm wearing gloves and wishing I'd brought a neck gaiter and a wool hat):
﻿ 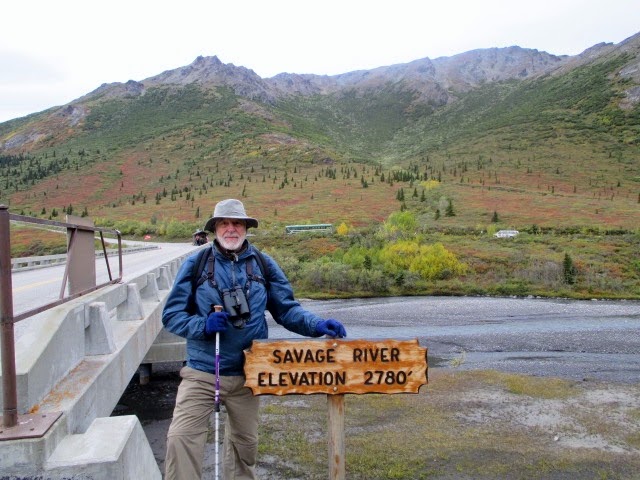 Caroline and I on a rainy day hiking the Three Lakes trail in Denali.  Some ten-mile trails are longer than others, and in the sporadic rain this was one of the longer ones I've ever hiked.  Riley Creek is in the background.﻿ 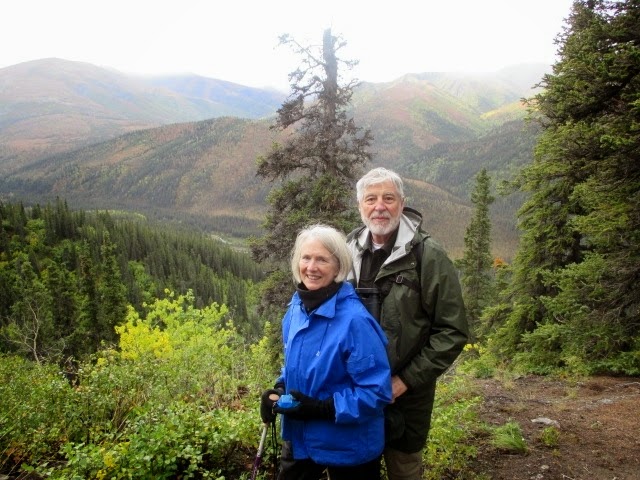 Finally, the Great One, as "Denali" translates into English, viewed from the north.  I took this shot in the morning, showing the tundra here is in its fall color, succeeded by rock and then by Denali's everlasting snow:  ﻿ 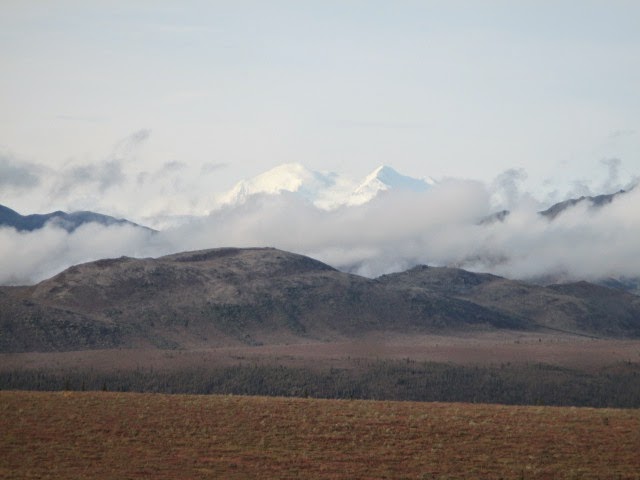