Bluefish from Sea to Table

Just back from a wonderful trip with our friends Sandy and Drena Worth to their beach house on Kure Beach, NC.  Inhabitants of Ithaca joke ruefully about its being centrally isolated, and the isolation that weighs most heavily on me is its distance from the salt water.  They say that some people long to live on mountain tops, some in caves, and still others near water.  I enjoy fishing on lakes, love to fish rivers, but my preference would be to live near the coast and fish in salt water.

This trip, the fishing was nearly as straightforward as it gets:  take the spinning rod out from the basement, bait with small mullets the two hooks above the triangle sinker, and cast it out as far as possible.  Remove the slack until the line is taut and think positive thoughts.  Here's Sandy: 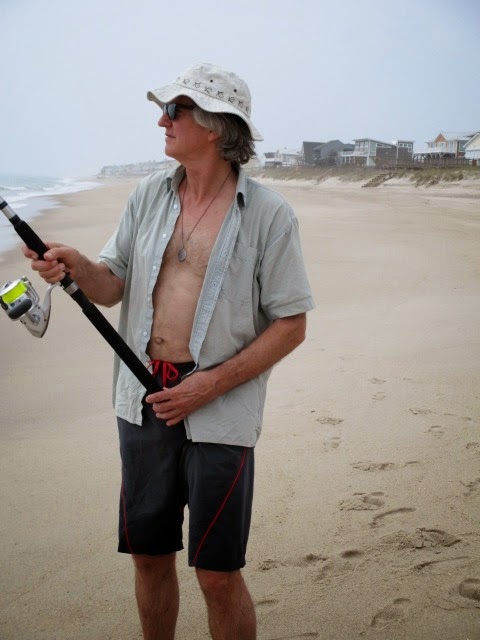 And here am I, taking up slack: 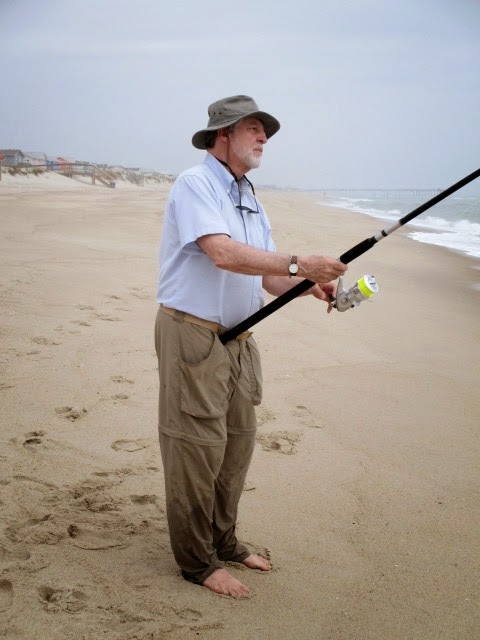 A close observer will notice that the bottom of my pants legs are wet from the waves coming in after I've gone to the edge of the water to cast.
In not too long a time, we had two blues, enough for dinner for the four of us: 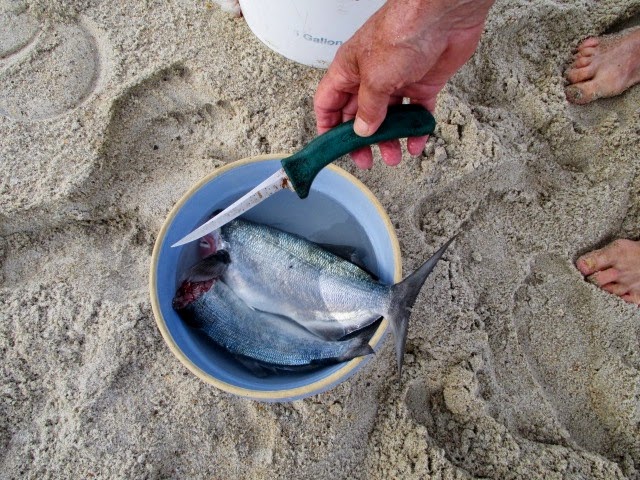 I oiled the broiler pan and followed the Canadian rule of ten minutes per inch of thickness, turning them once.  The only tricky thing was putting the smaller fish in later and removing it a bit earlier than the other.  Once the flesh flaked, I removed the bones and drizzled melted butter and lemon juice over the fish.  If I were to do it again, I'd slice some lemons and put them in the body cavity before broiling. 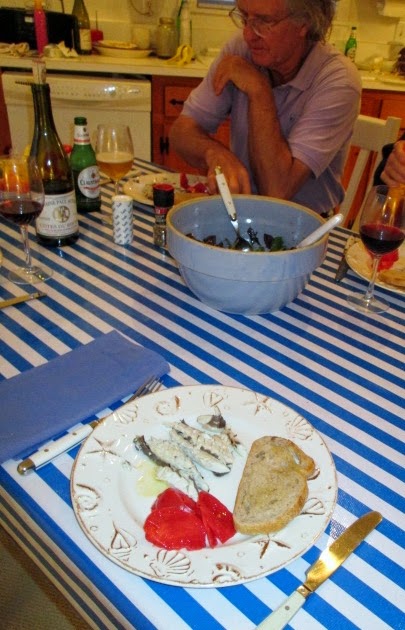 Broiled bluefish, fresh heirloom tomatoes, and some garlic bread.  Add some wine.  Finish with a salad.  Wendell Berry remarked that the shortest distance between the hand and the mouth was the best.  Bluefish, hooked and cooked:  It doesn't get much shorter than that.
And as our expressions demonstrate, it doesn't get much better than that: 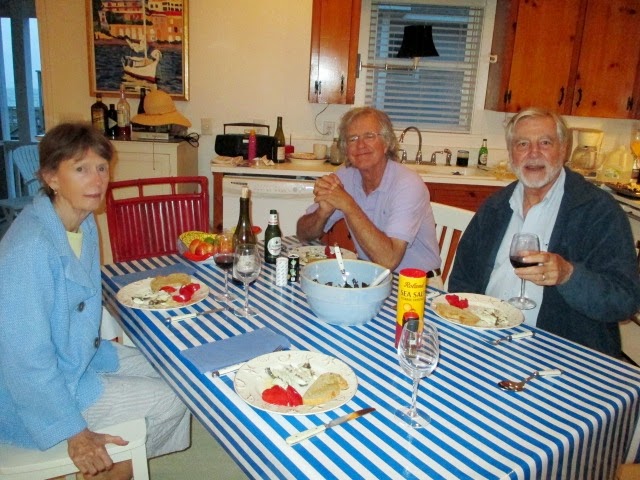